5. An argument is defined as a Bowler(s)who start fights or arguments with the INTENTION of escalating an altercation.  The team(s) will receive a score of zero for the bowler(s) who are directly involved.  There will be no subs allowed for these bowlers. This includes not only at the bowling alley, but the Facebook page, and other places where the league is involved.

If a player creates a physical altercation he will be suspended for a period of time with the possibility of being banned. All altercations are reviewed on a case by case basis.

2.  The first two weeks, a players handicap from last season will be used. Starting the third week the handicap will be adjusted.

4.  Any bowler who misses week 1 will be given a handicap based on an average of 150 for their first week of bowling. After the player’s first week, they will use their average from the previous week.
(Note: If the bowler in question has bowled a previous season with the South Asian Bowling League or any other league, then their initial handicap will be based on their average from the previous season.)

5.  After week 3, no player will be allowed to drop an average of 15 pins lower than their current average.

Tanking is defined as a player intentionally not bowling up to their standard to receive a higher handicap. Tanking will not be tolerated in our league as it promotes no sportsmanship and takes away from the competition. To ensure that no bowler tanks, the following provisions will be put in place:

1.  If it is proven a player tanked, then at the next match, the highest average will be sitting out THE ENTIRE MATCH. A suspension means the bowler is physically present. Therefore the highest average on that team that is present that day must sit out. The bowler will be blinded with no handicap as if they were missing (see match play and scoring section for explanation of a blind).

2.  The bowler’s average for the day in question of tanking will be adjusted with a higher series for the day as seen fit by the commissioner.

3.  If ANY team has a 2nd offense with this issue, the top bowler present will be suspended for TWO WEEKS OF MATCHES (6 games), and the team will not be allowed to put in a sub for the suspended bowler. Meaning the highest bowler is replaced with a blind and no handicap.

4.  If tanking occurs at the end of the season, then the punishment(s) can and will be applied in the opening round of the playoffs for the player's team.

1.  Each match consists of three games. Each team starts four bowlers in a match. Substitutions cannot be made within a game. Substitutions can be made in between games. However, any/all bowlers that remain in the match must maintain the same order in which they bowled the previous game (i.e. no order swapping, regardless of substitutions.)

2a.  Any player who starts a match must finish it in accordance with regular match play (i.e. one player cannot bowl extra frames consecutively to leave early.) If a player chooses to start a match, then once he has to leave, he will receive a score of zero for any frames missed. His current score, with his current handicap, will be calculated and used for the frames the player did bowl.

4.  When setting the lineup for the match, if there are any disagreements (continual switching) among the two teams setting the order, then the higher ranked team must enter their lineup first. Once the lineup is entered, order cannot be changed (see rule 1 on match play and scoring).

5a.  In the event of a tie between two players at the end of any game, a 'bowl-off' will be used determine which player receives a point.  A bowl-off is defined as each bowler taking one shot, with the higher score winning.  If both players score the same number of pins, the bowl-off will continue until a winner is determined.

5b.  In the event of a team tie one bowler from each team will complete a 10th frame. This will continue until a winner is determined
6.  After each game, it is the responsibility of the captain write down:
a) The non-handicap scores of his players.

d) The handicap received that game

f) The total number of points his team won that game (up to 7 each game, up to 23 each match)

7.  It is the responsibility of the opposing captain to verify the scores and sign the opponent's scorecard at the end of the match.

8.  A minimum of two players must be present by the end of the first frame of any game or the game and the total pins for the match will be awarded to the other team.

9.  Any player who arrives late may enter any game provided the anchor (last) bowler of the opposing team has not completed his second frame. Any frames missed may be made up. No late player may enter after the second frame of that game.

11.  The league uses foot fouls. Any player who has a body part go over the foul line and touch the lane is subject to have their shot count as a foul if disputed.

2.  If two or more teams are tied in the rankings, the following tiebreaker guidelines will be in place (in order of use):

b) Total pins throughout season

4.  Every playoff match will be a three-game series. The same match play scoring and rules from the regular season will apply with the following exception:

When setting the lineup for the match, if there are any disagreements (continual switching) among the two teams setting the order, then the LOWER ranked team must enter their lineup first.

5.  In the event of a team tie at the end of a game, an extra complete 10th frame is played by all players on both teams. Complete 10th frames will continue until a winner has been determined.

5a. In the event of a player tie at the end of the game,  an extra complete 10th frame is played by the bowlers who tied. Complete 10th frames will continue until a winner has been determined

1.  The members of the winning team will receive a team trophy, along with individual trophies for each player.

2.  The MVP (most valuable player) of the finals will also be given an individual trophy.  The losing team will vote on the MVP from the winning team.  If they choose not to vote and/or do not take their vote seriously, then the winning team or the league commissioner will pick an appropriate MVP.

3.  Individual awards will be given to the following individuals who qualify:

Posted by Unknown at 1:16 PM No comments: 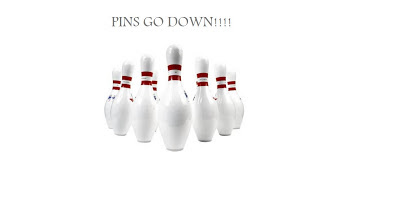 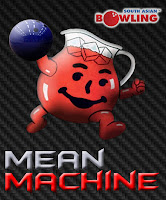 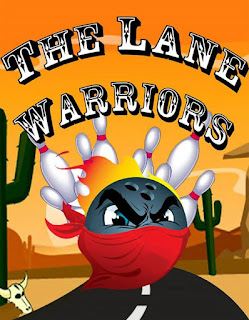 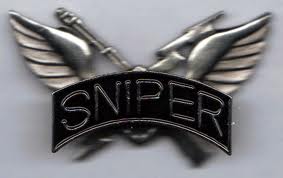